A Large Stonehenge Display at the British Museum 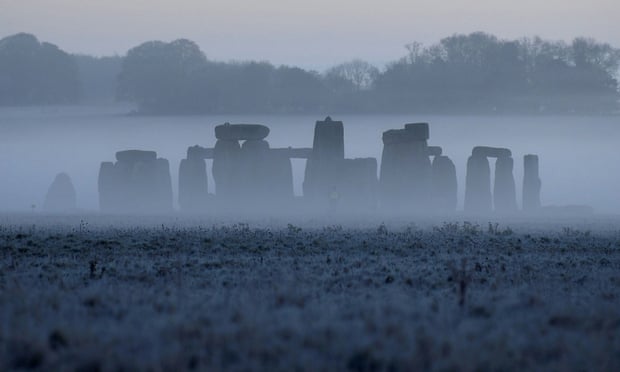 Objects from the Stonehenge period will be on display for the first time in the UK during a significant exhibition at the British Museum, including a bronze disc inlaid with gold symbols and two gold cone-shaped headgear adorned with solar designs.

More than 250 artefacts have been lent to the nation's main museum from institutions in six European nations and throughout the United Kingdom. The British Museum's first-ever comprehensive exhibition on the tale of Stonehenge, which opens in February, will have over 430 pieces in all.

The goal is to place the stone monument, which was created 4,500 years ago and is one of Europe's most well-known landmarks, in the context of a period marked by massive social and technical upheaval.

The 3,600-year-old Nebra sky disc is on loan from Germany's Halle museum. It features a blue-green patina and gold emblems that are said to depict the sun, moon, and stars. It was discovered by treasure seekers in 1999.

"It is the world's earliest concrete depiction of the cosmos, and an incredible sight to behold." "It encodes critical astronomical information," Wilkin said.

A gold hat with solar emblems, on loan from a museum in Speyer, Germany, is "a magical object." A museum in Paris will provide another headgear, the Avanton gold cone.

"Some have argued that they represent cosmic calendars, while others have suggested that simply wearing them would have conferred a certain status as a sun priest or priestess," Wilkin added.

The loan of a 4,000-year-old wood structure known as Stonehenge of the Sea or Seahenge, which re-emerged on a Norfolk beach in 1998 due to shifting sands, which had preserved it, is at the heart of the show.

It was partly shown at the Lynn Museum in Norfolk, and it consists of a big, upturned tree stump encircled by 54 oak posts in a 6.6-metre-diameter circle. Many wood posts will be on display for the first time at the British Museum.

"It's a crucial record of the importance of wood, not just stone, to people's understanding and belief," Wilkin said. "We won't be able to bring Stonehenge to the exhibition, but we will be able to bring a monument that is arguably just as significant."

"I was expecting the museum to say no when we asked to borrow it because it's so fragile and valuable," says the author.

People thought of Stonehenge as "typically British," yet it was truly a world of linkage and interconnectivity all across Europe. "What we show is that Stonehenge cannot be understood without first understanding its European context," Wilkin added.

The exhibition will be a "landmark show that places the great monument [of Stonehenge] in the context of one of the most remarkable eras, which saw huge social and technological revolutions alongside fundamental changes in people's relationship with the sky, land, and one another," according to Hartwig Fischer, director of the British Museum.

From February 17 to July 17, 2022, The World of Stonehenge will be on display at the British Museum in London.

Thanks to Harriet Sherwood at The Guardian whose reporting provided the original basis for this story.