Artist Predicts Climate Future: ‘We Have to Be More Modest' 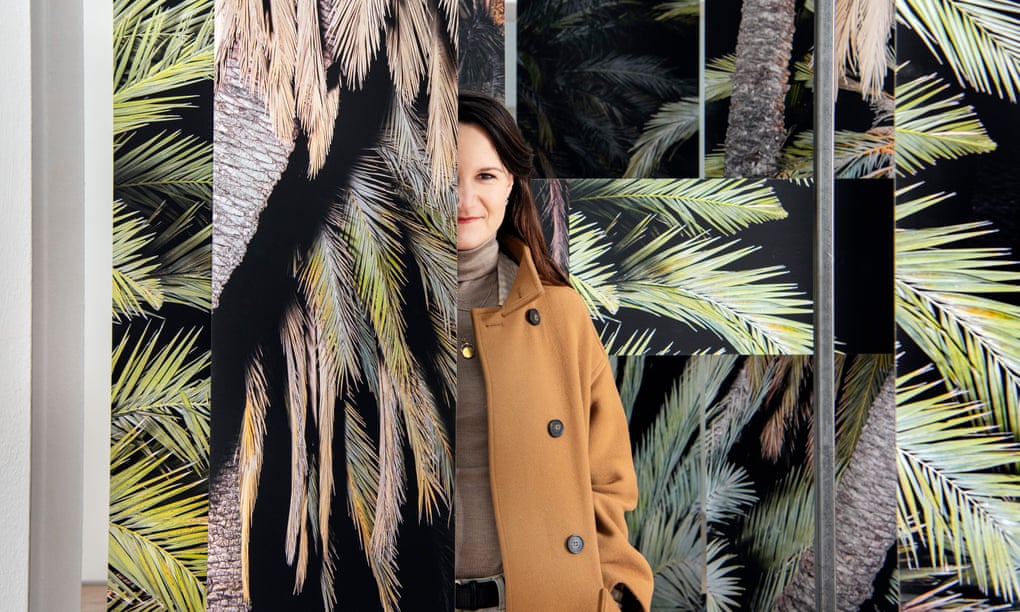 We're talking about her new show, Post Atlantica, which debuts this week at London's Edel Assanti gallery. It's a display unified by the French artist's persistent preoccupation with the history of Earth, its climate, and its geology, and includes video, photography, a huge sculptural installation, and a collection of ceramics.

The title alludes to Atlantica, an ancient continent that originated some 2 billion years ago and was later separated into pieces that are now Africa and South America; paleoclimatologists delve into that history and more, and Goudal has spent years investigating their work.

Take Camille Dusséaux, for example, who has been researching old subsurface droplets of water. She studied 300 million-year-old fluids discovered in the Armorican Massif, a rumpled part of the Earth's crust in north-west France, and was able to determine the summit of a mountain that formerly existed in Brittany by analyzing those drips.

She was able to determine the current sea level and hence the mountain's height by analyzing drips discovered in sharks' tooth fossils.

"It's like Sherlock Holmes!" exclaims Goudal, who met Dusséaux and was inspired to create the Plongée [or "Diving"] photographic triptych. The large-scale photos depict a snow-capped mountain cut off by what seems to be a right-angle of smooth rock; they conjure sifting through the layers of our 4.5 billion-year-old planet's past and cut-away maps of its innards.

These smooth chunks of rock, however, are really pieces of cardboard that were meticulously filmed at the spot. Because Post Atlantica also investigates the limitations of our senses and comprehension, the visuals constitute an optical deception, although one that reveals its own workings.

Ocean waves smashing against rocks are projected onto three images of the same scenario in a video installation. It's a contemplation on how water erodes the terrain at such a slow pace that it's unnoticeable to the naked eye, as well as the differences in human and geological change rates.

"We think of the world as fixed – we have borders and atlases that depict the world as it is," Goudal says. "However, even the Alps move three to four centimetres per year."

Similarly, Goudal's four-metre artwork depicts palm trees, a reference to the Phoenix atlantica, a rare palm species found in South America and western Africa that helped verify the Atlantica continent's once-existence. The installation is made up of life-size photographic strips of the same subject that both assemble and divide the view; if you stand in the appropriate spot, one of Goudal's works, Phoenix VI, will appear.

When she shot the Phoenix series, Goudal used similar set-ups on site, bringing a large printer with her so she could print a 1:1 image of the trees, split it into strips, pin them up over the landscape, and then shoot the entire thing together.

The result is a collection of mind-bending trompe d'oeil photos that resemble collages or computer glitches but are shot for real; Goudal includes bulldog clips and poles in the frame to demonstrate some of her workings. "There's a connection to the lab."

"It's always about trying new things because you never know what you'll get," she says. "I'm working with the elements a lot."

I have no control over the wind, rain, or the sun that breaks through the clouds. It's all about flexibility. That, I believe, is what people excel at."

And this is significant because, although Goudal's work raises intriguing concerns about our senses, it is far from pure formalist play. And, despite her status as a rising star – the 38-year-Post old's Atlantica will be shown at the renowned Les Rencontres d'Arles photography festival this summer – her ideas pose serious problems.

Paleoclimatologists, on the other hand, study variations spanning millennia. Those changes will happen more quicker in the future, making their effects difficult to predict.

"When I talk to scientists, they say things like, 'Yes, we know what will happen if the carbon dioxide rate changes and the heat rises, but we don't know how this will happen at such a fast rate,'" Goudal says. "It's for this reason that they're so concerned."

And, although Goudal, "like every other person in our generation," is concerned about the changes, Post Atlantica is concerned with a more fundamental philosophical shift. She claims that the show isn't about climate change per se, but rather about how we see the planet and our position in it, and how that must alter if we are to avoid calamity.

"We believe we know everything about the universe, the moon, our bodies, our viruses, and everything else." But, in reality, we need to be humbler," she continues.

"It's about reclaiming our identity." If you just advise them, "Stop using plastic bags, don't travel," it comes out as harsh and impossible to follow.

But if we do a lot of thinking, some deeper philosophical thinking, we may develop into something much more rich and wonderful."

Thanks to Diane Smyth at The Guardian whose reporting provided the original basis for this story.