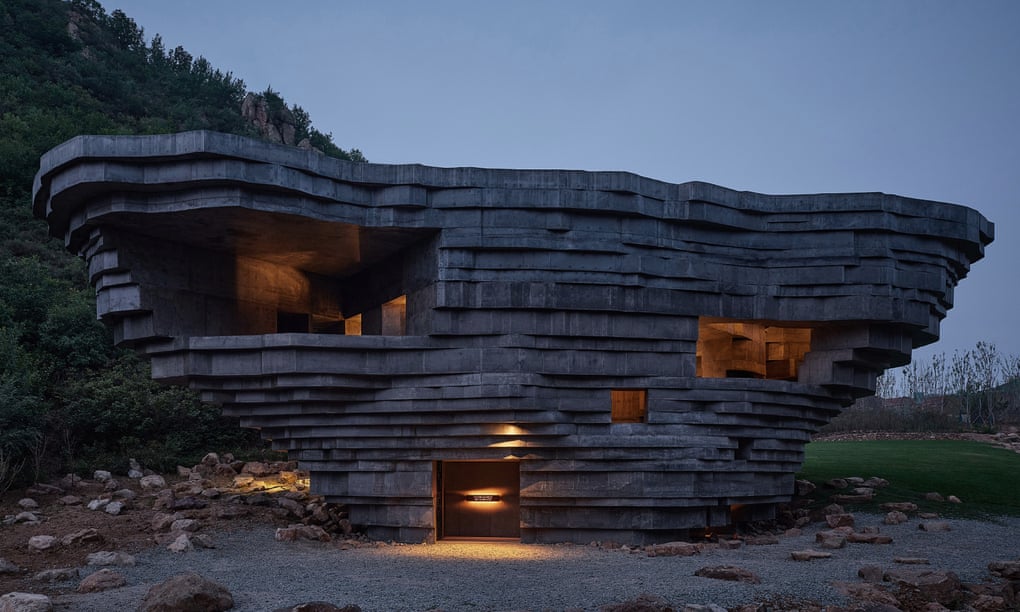 The creativity and expertise required for building may be mind-blowing at times. It's an honor to be able to highlight two such accomplishments in the news section this month: China's Chapel of Sound, which resembles a space rock, and a Gingerbread City built to generate funds for the UK's Museum of Architecture.

We have intelligent building with the individual in mind, such as a library created to let you connect with your emotions and a previously unseen installation by Ettore Sottsass, the originator of the Memphis movement, designed to offer personal space, in addition to the great statement designs.

Sign up for our monthly email for more information on architecture, sustainable living, art, fashion, and new ideas.

China is undergoing a development boom that has made it the world's biggest construction site. With over half of the world's construction activity expected to take place in one single nation over the next decade, the architects and builders who define the skyline are crucial.

A new generation of Chinese architects is taking over as the designers of China's most renowned structures, displacing western names. Not only is their new perspective earning worldwide acclaim, but their more environmentally friendly practices are also benefiting the globe.

Reuse, Renew, Recycle: Recent Architecture from China, on view at the Museum of Modern Art in New York, highlights this generation's commitment to social and environmental sustainability, including work by Pritzker Prize-winning Amateur Architecture and Aga Khan Award laureate Zhang Ke and his studio ZAO/Standard.

This spring, the book Reinventing Cultural Architecture, which covers Open Studio's work, will be released. The Chapel of Sound, a music venue in the shadow of the Great Wall, was just constructed by this Beijing-based firm.

In terms of design and materials, Open Studio works for environmental harmony. The UCCA Dune Art Museum, which is constructed into a beach in Bohai Bay, is the company's most well-known project. The Chapel of Sound is constructed like a rock and exposed to the elements in a similar way.

Li Hu and Huang Wenjing formed Open Studio, and their remarks on their new work appear to sum up the new Chinese ethos: "We are at a time when the question of our human relationship with nature is more acute than ever." Can we be humble enough to listen to nature's whispers? "We wanted to do something unique and meaningful," says the team.

The chamber in a room by Ettore Sottsass

We're all acquainted with the concept of a man cave as a location for a species' male members to spend quality alone time. The similar principle was evident in post-modern Italian design in the mid-century, but in a more elegant iteration.

Ettore Sottsass, the architect, designer, and creator of the Memphis Group, created Sala Sottsass, a "room within a room," in Casa Lana, the Milan house of a typographer friend, in the mid-1960s. The interaction between mankind, their demands, and their rituals, and the occupied place fascinated Sottsass. Sala Sottsass was made out of a wooden structure with couches organized in a "protected space" where people could relax, talk, and listen to music.

The idea was never viewed by the general public, but the Sottsass Archive has carefully recreated it at the Triennale di Milano, Lombardy's design and art museum. In conjunction with the project, the Triennale will hold three shows in 2022 that will delve further into the world of Sottsass.

Meanwhile, those males seeking some peace and quiet this Christmas could enjoy gazing on this "little piazza... where one can move and meet," as Sottsass himself phrased it in 1967 - and dreaming.

At a pop-up library, you may express yourself

Lee Baker and Catherine Borowski, curators and artists, launched Skip Gallery in a skip in 2017. "We couldn't find a place to show our work," Baker explains, "but Borowski had the brilliant idea of putting a skip in a parking space as a gallery, and our crazy project was born."

Skip Gallery presents the Feelings Library for Christmas 2021. The architects Caukin Studio and the treatment service Self Space collaborated on this project. The Library is a quirky, somewhat spooky thatched pop-up shelter in London's Spitalfields market — created, of course, in a skip. Inside, there's a cozy reading area where you may study about emotions from the Self Space library's shelves of journals.

"It's been two years in the making, and we're ecstatic to finally unveil Feelings Library. We are passionate about giving artists and designers chances and promoting innovation in public settings."

With mental health issues on the increasing as a result of the continuing Covid epidemic, let's hope the Feelings Library will assist someone in having a nice holiday season.

Florine Stettheimer, a German-American feminist artist, was one of the most influential feminist painters of the twentieth century. Andy Warhol stated she was his favorite artist, and Marcel Duchamp helped host a retrospective of her work two years after her death in 1944.

Stettheimer was known for her poetry, costume design, and theater sets, but one of her most notable achievements was a painting produced in 1915 that has been regarded as the first nude self-portrait from the viewpoint of the "female gaze."

She and her sisters, Carrie and Ettie, helped bring the modernist movement to America and supported the Harlem Renaissance via their Bryant Park salon in New York after spending their early years in Europe. The sisters, known as the Stetties, each pursued their own artistic endeavor.

Carrie made a dollhouse with a small art collection supplied by their artist friends. Under the pen name Henrie Waste, Ettie authored feminist fiction. Florine addressed gender identity, segregation, and women's rights, as well as the rising avant garde movement in her home New York, through explicitly political artworks long before it was the standard.

A new biography by art historian Barbara Bloemink focuses on these more political pieces, bringing fresh attention to the inventive artist and reminding the world that beneath her faux-naive manner, which was so appreciated by Warhol, was an intellectual lady who was much ahead of her time.

It's architecture that you can eat

Ulf Mejergren Architects (UMA), a Swedish firm, wanted to explore what they could do with gingerbread cookies and made an edible home out of them. Miller Brewing Company created a limited-edition gingerbread dive bar kit, which has unfortunately sold out.

The London Museum of Architecture is the place to go if you want to see the greatest in biscuit building. Designers and engineers build a gingerbread city for an annual display. The exhibition provides funds for the museum's charitable endeavors.

According to a World Economic Forum study released this year, the fashion industry's supply chain is the world's third largest cause of pollution. Synthetic fiber manufacture, which consumes fossil fuels, is a major contribution to this.

The creation of biomaterials to replace nonrenewable textiles is a crucial field of fashion research, and Algiknit announced its new kelp-derived yarn this month, with ambitions to begin partnerships with fashion businesses in 2022. AlgiKnit has spent four years researching technologies to commercially make seaweed fibers.

Kelp is a renewable, regenerative resource that may be utilized to create adaptable, long-lasting threads for shoes and clothing with a reduced carbon impact than traditional yarn, particularly synthetics.

"We know that consumers want more cost-effective, environmentally friendly options that perform as well as traditional materials," said Aaron Nesser, AlgiKnit's co-founder and chief technology officer. "Today's yarn has the look and feel of natural fibers, as well as all the characteristics of a no-compromise conscious material."

Thanks to Alice Fisher at The Guardian whose reporting provided the original basis for this story.