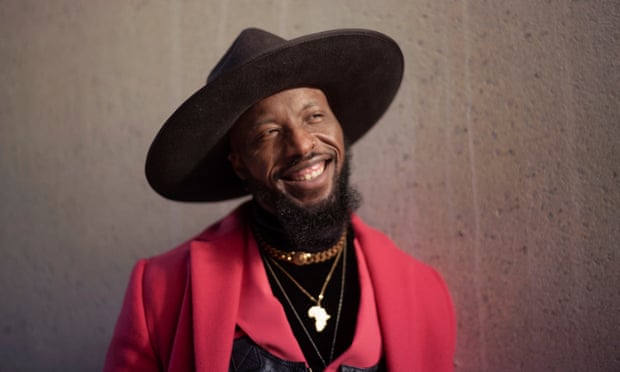 The stories of the police and young black people's deteriorating relationship are countless, but one artist behind an unexpected new initiative aims to help break down barriers.

Last year, West Midlands police hired Kay Rufai as its artist in residence, which is considered to be a first for a police agency. He's been photographing and filming cops and young, largely black persons who have had interactions with the police for many months.

The photographs were then shown to cops in order to "challenge their preconceptions" and start a dialogue.

"I wanted to use visual media because it's such a powerful tool for really engaging with stereotyping and biases," Rufai said.

"There has definitely been a spike in violence that is affecting young people, especially young black boys, in the last few years." Much of the political and cultural narrative around this is that these young people are members of gangs, and that we need to overpolice these neighborhoods and extend prison sentences.

However, there was no mention of preventative actions in the dialogue... Simultaneously, I wanted to show a human aspect of the police, not merely PC 65609. That isn't who you are; it is a script."

Barriers to Bridges is a project financed by the Coventry City of Culture Trust and the West Midlands Police and Crime Commissioner's Office that will be presented publicly in February.

Rufai, who has worked with young people previously, particularly for his SMILE-ing Boys initiative, stated that nothing like this had ever been done in the UK. "I've never seen young people from marginalized communities come together like this with a large structural bureaucratic system like the police force."

It has the potential to help bring about a lot of the improvements we want to see."

Coventry Youth Offending Service, Positive Youth Foundation, and Creative Optimistic Visions were among the local youth agencies that assisted him throughout his work with young people. David, who is photographed pulling drumsticks out of his jogging pants, was one of the most dramatic photographs recorded by the police.

"At the time when he takes out the drumsticks, we see him putting his hand in his pocket and taking something out, and the audience is like, 'Oh, wow, I really thought something different...' I assumed he was attempting to draw a weapon."

There was also one girl who had an armed raid on her home the previous year. "The cops broke down their door looking for weapons," Rufai said. "Her images and stories made a big impression on me. I was taken aback by the fact that she was a female."

Rufai is a member of the police abolitionist movement, which advocates for the replacement of policing with alternative forms of public protection. Many times throughout his life, he has been profiled and wrongly stopped by the police.

He stated, however, that the conversations and arguments he had with cops, some of whom were shockingly vulnerable, gave him hope.

"I went for a walk with a particular officer in an area where a young person, around 13 years old, was killed in a violent manner a couple of years ago." One of the store shutters had RIP scrawled on it. The officer described himself as a decent youngster who enjoyed playing football.

The officer gave police assistance at the kids' school, but due to a change in his duty, he wasn't able to go out as much in the neighborhood. He often wonders whether he could have saved the child's life. He was clearly moved, and he was really crying. He can't sleep at night because of this boy's death."

Sir David Thompson, the chief constable of West Midlands police, was a big supporter of the residence, according to Rufai. "He understands the need for reform." He does, however, seem to be in a high-ranking job. Some of the police who were down on the ground posed the most obstacle to connect with."

As a result, the artist went on ride-alongs with cops and asked them questions in order to challenge their "binary idea of good guys and bad guys" and to assist them "understand the racial and social contexts before approaching a young person."

The residence, according to West Midlands police, gave them the opportunity to do things differently. "It's a really innovative way to look into the lived experiences of young people in Coventry, not only giving them a voice but also giving them a platform to have their voices heard."

We also anticipated that it would provide insight into police and humanize the uniform, as well as develop a better understanding of one another via open discourse and the pursuit of empathy. Why not attempt a new approach?" "Keeping young people safe and reducing juvenile violence is critical, so why not try a different approach?"