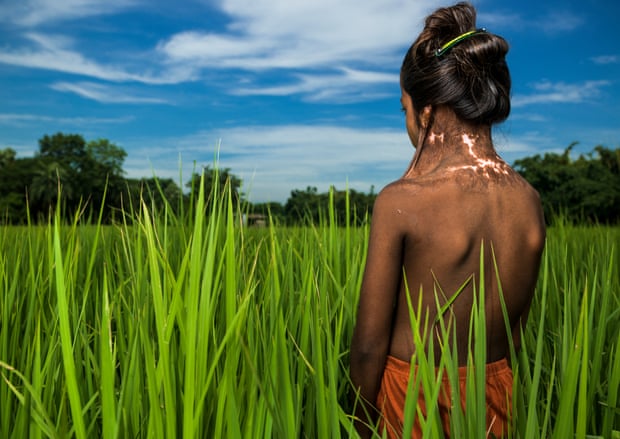 A fire is supposed to have sparked photo-reportage, notably the great fire of Hamburg in 1842. Hermann Biow and Carl Ferdinand Stelzner, two German photographers, climbed to the top of a tall building to record the damage below.

The apparatus was as heavy as they were, and the daguerreotype technique was too sluggish to capture the flames in motion. Their photographs of burned-out buildings, on the other hand, were viewed all around the world: they were epochal news photography.

Fire is simple to ignite, but traditionally difficult to portray. Painting doesn't even come close to doing that without effectively freezing the flames.

There are exceptions, such as Turner's wild watercolours of the Houses of Parliament burning down, which he hurriedly painted from a boat on the Thames in the sweltering heat of the moment, but even the two-dimensional medium of photography struggles to capture fire's spectacular speed, spread, and volatility. Moving visuals, in general, have the upper hand.

As a result, it will be intriguing to observe how the 13 photographers chosen for the Prix Pictet 2021 respond to the topic. After going through the first three elements, the top international award for photography and sustainability has decided on the fourth, fire.

Given the previous year's string of deadly fires, from the Amazonian rainforest to the Dixie fire in California, which burned over a million acres, and the Australian bushfires getting worse than ever last month, this could not be more pertinent.

There is some documentary coverage of the California flames, as well as a burns hospital in Varanasi, whose impoverished patients are often the victims of domestic mishaps using paraffin lamps in India's rural homes. Brent Stirton, a Getty photographer from South Africa, has a sympathetic eye for these photos of youngsters whose dark skin is flaming white with flashing scars, and a cosmetic surgeon who treats the poor there alone. Every year, about six million Indians are burnt alive.

Burns Capital of the World is the title of the series.

His European Pressphoto Agency colleague Mak Remissa, on the other hand, flips journalism on its head with his acclaimed Left 3 Days series. The aftermath of the Khmer Rouge's attack on Phnom Penh on April 17, 1975 is seen in these virtually monochromatic pictures.

Everyone, including Remissa's family, was instructed to leave the city. In the midst of the smoking mayhem, his images show Cambodians urgently seeking water, first aid, and sustenance. So it seems.

Closer inspection reveals that they are miniature dioramas, featuring silhouetted people cut from black paper and surrounded by the smoke of burning coconuts.

Each heartbreaking incident is a photographic picture but also a gesture of tribute to the deceased – who counted his family – and the re-enactment is a twofold remembrance. "Like smoke being blown away by the wind," Remissa has stated, the memory of these horrors is gradually disappearing.

Of fact, this was true throughout the Lebanese civil war; nonetheless, similar postcards are still for sale in Beirut, as if nothing occurred. For this series, the artists gathered, modified, and re-photographed them. However, history has once again interfered. In the massive Beirut explosion of 2020, many of their prints were destroyed.

The farther the piece deviates from fire per se, the more conceptual it seems to be. Lisa Oppenheim, an American artist, does not depict any flames. Until you look at the titles and realize they are discovered pictures that have been cropped and solarized, her photographs resemble gorgeous cloudscapes by Constable or Turner.

1908/2012 depicts gorgeous sun-edged clouds as a man with a huge camera photographs a terrible occurrence, maybe a volcano exploding. However, the figure has vanished, as has the eruption. Time has passed, and forgetfulness has set in. A single lighted match is used to create solarisation, which is a miniature version of the original flames.

The assessors, lead by Sir David King of Cambridge University's Centre for Climate Repair, selected a selection from 300 portfolios. Some conceptual artists, such as Oppenheim, employ photography as a material rather than a medium.

Indeed, Christian Marclay, a Swiss-American artist best known for his fascinating 24-hour movie The Clock, which is made up of cinematic fragments of individuals interacting with clocks and time, is the most well-known artist here.

His nominated collages are really terrifying, made up of pictures of burning leaves and fire eruptions, as well as screaming faces from violent cartoons — a stark contrast that makes it seem as though the collage is exploding into flames itself.

The winner of the award in 2021, however, is an American photographer whose work is so well-known that it scarcely needs to be expanded — Sally Mann, who is famed for her unsettling monochromatic depictions of civil war battlefields, decaying landscapes, and her own private family life.

Mann won for making old-fashioned tintypes – positive photographs printed on metal plates – of the Great Dismal Swamp on the Virginia-North Carolina border, where runaway slaves used to seek sanctuary during the antebellum period. Wildfires have made the landscape even more dismal, with dark water, burnt trees, and bracken strewn around.

Mann, who isn't afraid of exaggeration, has photographed branches that resemble cemetery crosses and added purposeful sears and flaws to her photographs to make them seem even more apocalyptic.

They lack the vision of emerging Austrian-Nigerian artist David Uzochukwu, who depicts a young black lady with her hair smoldering with floating smoke in his painting. The human head as a symbol of the future is inextricably subtle — there is no smoke without fire.