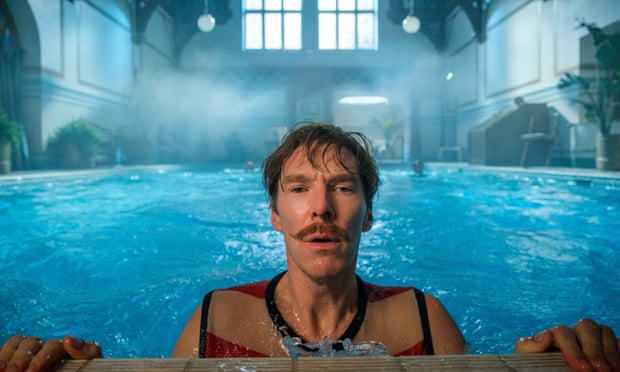 The work of artist Louis Wain was the forerunner in a feline charm offensive more than a century before cat memes became popular. His anthropomorphized pictures of giggling kittens enthralled Victorian society.

With Benedict Cumberbatch in the titular character, director and co-writer Will Sharpe takes Wain's paintings as a starting point, but goes even farther, employing everything from a heightened palette to dizzy Dutch camera angles to shimmering auras to represent Wain's precarious mental condition. To put it mildly, the artist was insane. He believed that cats were developing to connect with people and that they would eventually become blue, according to the film; he was infatuated with the notion of electricity, but thought it was a free-floating creature that moved throughout the ether.

Wain's head was swirling with mayhem, yet there was a tranquil spot saved for his wife, Emily (Claire Foy). He was able to tune out the cacophony and embrace the beauty of the world around him thanks to her and their all-too-brief marriage. The film, like Wain's work, is deceptively twee – at one point, people are referred to as "nosy poseys" – but underneath the twee comes something more rewarding: a sympathetic picture of a talented but unhappy man.

Thanks to Wendy Ide at The Guardian whose reporting provided the original basis for this story.