‘This Is Our Voice': Erasing Uyghur Customs in China 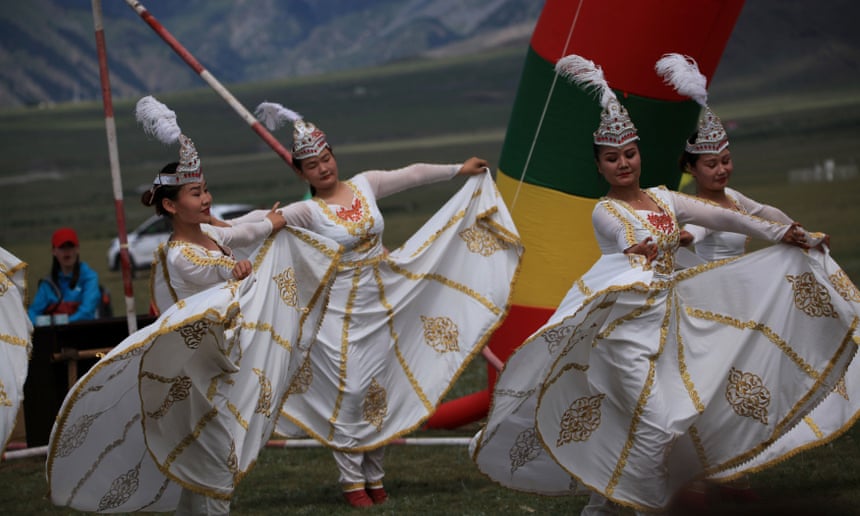 The Uyghur Tribunal handed out its devastating verdict on the Chinese state's alleged human rights violations in Xinjiang on Thursday. This London-based people's tribunal has heard from foreign experts as well as survivors of Chinese incarceration and "re-education camps" over the last several months.

The purpose of the judgment, which has no legal status, is to draw attention to the oppression of Uyghurs, Kazakhs, and other Turkic Muslims in north-western China. The state's policy, according to Rachel Harris, a British ethnomusicologist and Uyghur expert, is an effort "to hollow out a whole culture and terrorize a whole people."

The destruction of Uyghur heritage, including mosques and shrines, historic city centers, and traditional burial places, has been well documented. I spoke with ten experts, including both Uyghurs in exile and foreign researchers with substantial experience on the ground, to learn more about what intangible legacy is being destroyed — and what is being actually silenced – as a result of the bulldozing.

The adhan is the most prominent note in Muslim soundscapes all over the globe. Calls to prayer, on the other hand, have long been missing from urban Uyghur life, and even private devotion is now said to be suppressed. Government officials are assigned to reside in Uyghur families under a strategy known as "becoming family" in order to weed out anything considered unlawful (owning Uyghur-language books, wearing traditional clothing).

Academics and pop culture celebrities have been jailed en masse, with children as young as one taken from their parents and placed in Mandarin-language state orphanages, among the estimated 1.5 million individuals incarcerated in "re-education" camps. Schools have been forbidden from teaching Uyghur, and there have been no Uyghur-language publications produced in China since 2017.

"People used to bury their books," says Lisa Ross, an American photographer. "But now they're afraid to even do that." The language, sound, and music of the Uyghurs are being removed from the public and private realms in order to cut off an indigenous culture at its source.

When archaeologist Darren Byler, from Colorado, resided in Urumchi in the early 2010s, student house parties – which took place almost every weekend – invariably included everyone producing music together. Instruments would be brought by friends.

Everyone was continually singing. He claims that "everyone is a poet." "People have poetic thoughts." According to Byler, since Uyghur is an agglutinative Turkic language, they enjoyed adding rhyming suffixes to the ends of their phrases.

Ancient storytelling styles like the epic dastan – spoken stories – that travelers would hear at festivals in the Taklamakan desert are defined by this linguistic agility. It also gave rise to a thriving local hip-hop culture in Urumchi, which Byler became acquainted with.

Destroying a physical building makes the dismantlement of more abstract cultural structures obvious. A good example is the mazar, which may be found across the desert as well as in towns and cities. These shrines were closed before they were demolished. The rural community structures and traditional cultural activities that ignited them were also shut down as a consequence of this.

Mazar celebrations would take place every Thursday at certain times of the year, such as during mulberry season at Imam Asim shrine or grape season at Kok Marim shrine. Ross began intensively documenting the mazar in the early 2000s. She captured mountains of handcrafted prayer flags and religious trinkets mounted to wooden poles that tens of thousands of pilgrims would bring each year.

What it was like to be there, according to a Uyghur academic who desires to stay nameless. There were tandoori pots the size of small rooms at Imam Asim, in which a swarm of workers with shovels stirred a stew called sheeylang. Pilgrims would throw in everything they could think of (a sheep they'd brought to the place to be slaughtered; a solitary grain of rice).

What about the sound? "It's like having a wedding and a funeral all at once," the scholar explains. Epic dastan sessions would take place, with tales reminding pilgrims of why they came and where they came from. Dancing, drumming, chanting, sobbing, and praying would all take place. "You won't hear anything like it anywhere else."

When Harris and Rahile Dawut – a Uyghur folklore expert who went missing four years ago and whose detention has since been confirmed – visited the largest and oldest shrine, Ordam Padishah, in 1995, they wrote that state opposition to the shrines was arguably motivated by aesthetics – the sights and sounds – rather than a political threat.

In 1997, the site was closed to the public, and satellite photography presently reveals that it has been completely demolished. Imam Asim, as well. According to the Australian Strategic Policy Institute, up to 80% of mosques, mazars, and cemeteries in Xinjiang have been damaged or demolished since 2017.

A re-engineered form of living Uyghur culture has been implemented elsewhere. What happened to meshrep is the finest example of this approach. Music and storytelling are utilized to teach cultural or moral information in this distinctly Uyghur celebratory ritual. However, when China requested that meshrep be added to Unesco's list of intangible cultural treasures in 2009, Harris, who was serving as an official examiner, refused.

"I figured that folkloric presentation would be the only way to keep meshrep alive," she explains. Despite this, Unesco awarded China the historic classification it sought, and China quickly outlawed grassroots protests. Villages now have state-approved meshrep centers with slogans like "Everyone, let's dance" and "Welcome to our meshrep" that emphasize the difference between "healthy" (i.e. acceptable) meshrep and "unhealthy" meshrep. Revolutionary patriotism is reinterpreted from religious poetry. Uyghurs are compelled to go.

Performers are also required to participate in exoticized song-and-dance performances that pander to the country's burgeoning tourist business. "You can see them on YouTube," Harris continues, "and they are incredible." However, she claims that these performances reduce Uyghurs to "empty vessels" who "sing, dance, and smile for tourists but have no rights to develop their own culture or religion."

Mukaddas Mijit, a Uyghur intellectual, filmmaker, and dancer born in Urumchi in the 1980s, speaks with me. She moved to Paris from Xinjiang in the early 2000s to continue classical piano studies, but when she realized no one in France knew anything about her family's heritage, she switched to ethnomusicology. She learned that her great-grandfather was a Sufi instructor. "Through my studies, I discovered my heritage," she explains. "It turned into my life."

Mijit and Harris organized the first transcontinental Uyghur concert last year, which was streamed live online. For two hours, artists from all around the world performed from the traditional muqam repertoire under the theme "Longing for Home." Mijit was moved to tears.

"Listening to this music is really beautiful," she stated. "It's a lovely song, and it's a lovely poem." This is our culture, our voice, and our voice." Exile has always served as a powerful musical metaphor. However, it is not imagery in the context of the Uyghur people's situation. It's a true emergency.

Thanks to Dale Berning Sawa at The Guardian whose reporting provided the original basis for this story.