To Hunt Animals Using a Camera Instead of a Gun 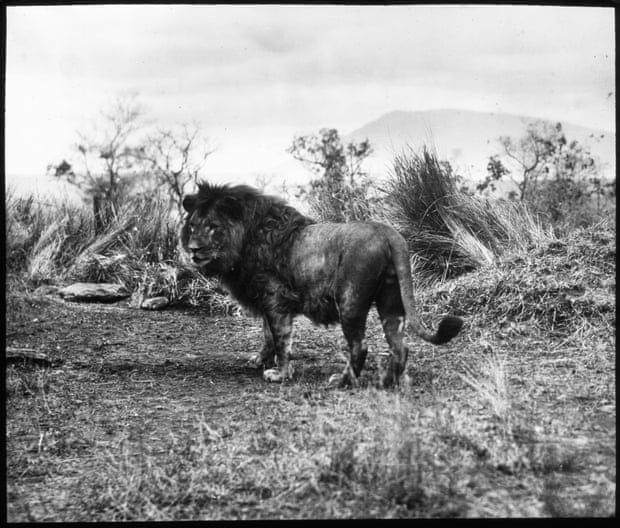 Two wildlife safari missions landed at Mombasa, Kenya, by ship within days of each other in 1909. The first was commanded by Teddy Roosevelt, the adventure-loving US president; the second was led by Cherry Kearton, a young British bird photographer from Yorkshire, and comprised of just two men.

On safari for many months, the president and his son Kermit killed 17 lions, 11 elephants, 20 rhinos, nine giraffes, 19 zebra, over 400 hippos, hyenas, and other huge creatures, as well as tens of thousands of birds and smaller animals. In contrast, Kearton, the world's first man to hunt using a camera rather than a weapon, only killed one animal in self-defense.

The two individuals came from different socioeconomic backgrounds and had opposing perspectives on the value of wildlife. Roosevelt rationalized his atrocities by claiming that he was killing for research and education; Kearton, on the other hand, was not opposed to shooting "for the pot," but claimed that he was photographing for the love of it. When they met in the Kenyan wilderness, though, they formed an unexpected bond, with the president allowing the photographer to record rare footage of him embarking on one of his bloodbaths.

The footage was of poor quality, but it was enough for Kearton to start a London film studio with his brother Richard, which gave birth to the world's first wildlife documentary films, which are now a staple of television and possibly the single most important medium for people to appreciate nature today.

Kearton's work as a pioneer of nature photography will be honored later this month in a small exhibition that will feature 37 of his "lost" photographs of lions, leopards, rhinos, and other wildlife discovered in an old desk by his great-granddaughter Evie Bulmer last year, as well as 30 minutes of cine-film he shot in Africa and now held by the British Film Institute.

Roosevelt was a "dear friend" to Kearton, but his hunting disgusted him. "To assist in the least degree in the extinction of anything beautiful and interesting is a crime against future generations," he wrote later. Unfortunately, this is a crime in which we have all played a part.

"I condemn the indiscriminate murder of wildlife because I am a naturalist... "I raise my voice with all of my might against the heinous and indiscriminate slaughter of big game."

According to Bulmer, Kearton was ahead of his time, popularizing nature for Victorian audiences in the same manner that David Attenborough and others have done for current audiences. "His obsession in photographing the world's animals was unprecedented at the time. It promotes Africa as an animal's playground rather than a hunter's," she explains.

He and his brother Richard bought an inexpensive box camera in the 1890s and took the first photographs of birds' nests with eggs and produced the first recordings of birds in the wild. They advanced to gigantic "collodion" plateglass cameras, but without zoom lenses or fast shutters, they had to create more elaborate false covers to get as near to nervous animals as possible.

One option was to commission a taxidermist to create a full-size hollow cow, which they would then place in fields and climb inside with the camera lens peeking through a hole in its head. Richard used to hide under a moveable stack of hay and grass; there was also a stuffed sheep with a pneumatic camera, fake boulders, false tree trunks, and masks.

Abseiling from high sea cliffs, standing in rivers for hours, waiting all night, and climbing the tallest trees to film birds in their nests were all dangers taken by the brothers together.

The brothers' effect is acknowledged by Attenborough. In a letter to Bulmer, he said that he was "taken to see a film lecture presented by Cherry Kearton when I was eight years old." [It] sparked my childlike imagination and inspired me to fantasize about traveling to far-flung locations to photograph exotic creatures."

"The world in which Cherry lived was preoccupied with capturing, killing, and stuffing animals for display or to complete a collection," according to the Keartons' historian John Bevis. Cherry was one of a kind in that he wanted to shoot animals in their natural surroundings.

He was more of a nature lover than a biologist, and less of a teacher than a crusader. His goal wasn't to make a film created by scientists for scientists that would only be watched by scientists... but to provide an alternative to the omnipresent large game and hunting films."

Cherry Kearton became a combat photographer before her away in 1940. "I will be satisfied if the public gains a greater understanding of the animal creation, and thus a greater sympathy, as a result of my books, still pictures, and films," he wrote.

Thanks to John Vidal at The Guardian whose reporting provided the original basis for this story.