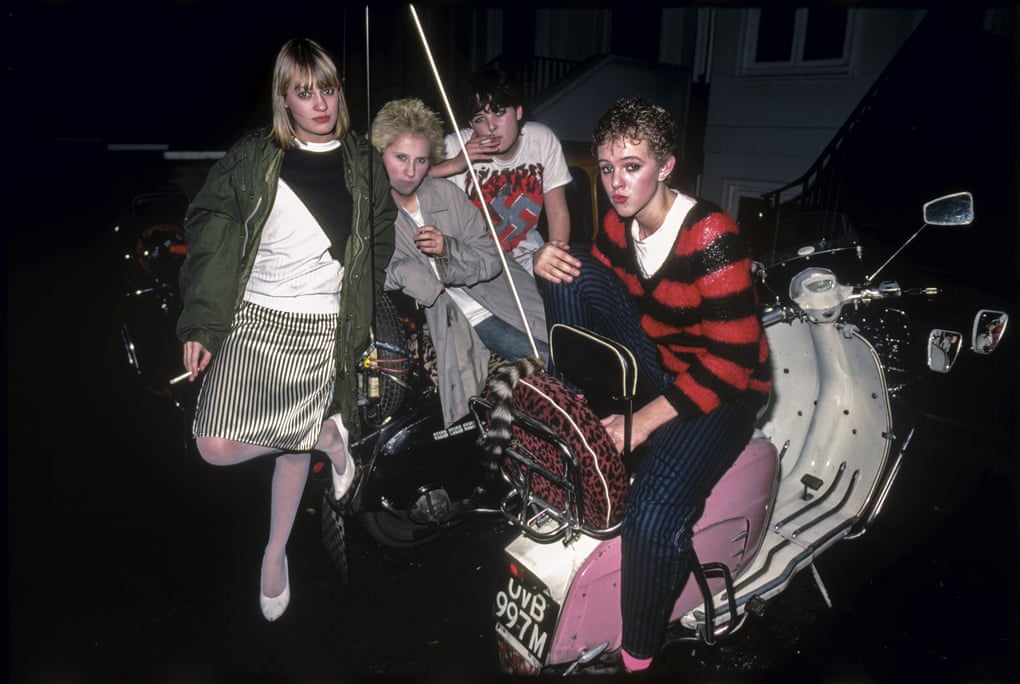 Yan Morvan, a French war photographer, spent the most of the 1970s documenting street gangs in Paris' banlieues. When Margaret Thatcher became Prime Minister of the United Kingdom in 1979, he sought for an excuse to visit London and see how young people were reacting to the new administration.

In November of that year, he arrived just as the Jam's Eton Rifles became the band's first top ten hit.

Morvan's images from that month, which have been compiled in a new book, highlight the moment when punk in the United Kingdom gave way to mod revival culture. They could be subtitled with Paul Weller's lyrics from Down in the Tube Station at Midnight, and the youth-led resistance to National Front goons "who smelled of pubs and Wormwood Scrubs and too many rightwing meetings," as in Down in the Tube Station at Midnight.

The mod scooter girls in this photo encapsulate the year's creative ambiguity: the girl on the left embraces the multicultural Two-Tone message of Rock Against Racism, at least in her dress sense; her friend at the back of the group, meanwhile, wears Vivienne Westwood's swastika "destroy" T-shirt from a few years earlier, the most controversial of her punk shock tactics.

Morvan remembers receiving a mixed reception from the children he shot during his stay in London. He claims that the skinheads all attempted to attack him in the face and take his camera. "They despised the French." The punks, on the other hand, were usually nice and amusing.

They seemed to enjoy being photographed." His photographs, such as those of a mosh pit during a Killing Joke concert or of obnoxious adolescents hurling rocks at abandoned manufacturing buildings, reflect much of the ferocious energy he experienced. "And the incredible wild poetry of the bands and the music was always at the heart of it all," he continues.

Thanks to Tim Adams at The Guardian whose reporting provided the original basis for this story.